SME produce arguably the finest precision gramophone pick-up arms and turntables in the world. To own an SME product is to possess a jewel of near perfection in both performance and construction.

The original company was formed in 1946 under the title The Scale Model Equipment Company Limited to manufacture scale models and detail parts for the model engineering trade. During the 1950's movement was away from model making to precision engineering, principally parts for aircraft instruments and business machines.

In 1959 Alastair Robertson-Aikman, the Company's founder, required a pick-up arm for his own use and an experimental model was built. It received such an enthusiastic reception from friends in the sound industry that it was decided to produce it commercially and the first SME precision pick-up arm appeared in September 1959. Production was 25 units per week composed entirely of individually machined components. At this time a new factory situated in Mill Road, Steyning was opened and the Company's name was changed to SME Limited, a less committal title to suit its new activities.

SME now has over 60 years experience in high quality precision engineering and the Company's plant at Steyning is now probably the largest and best equipped devoted to the manufacture of precision pick-up arms and turntables.

To maintain the very high standards of quality all manufacture and processing is carried out 'in house'. Facilities commence with design and toolmaking through all aspects of manufacturing including CNC machining, pressure die-casting, injection moulding, metal finishing, electro-plating, anodising and many other processes.

Inspection at every stage of manufacture and assembly is particularly critical and ensures the consistent standards for which the Company's products are noted. In 1992 our quality assurance system was formally accredited under BS EN ISO 9001
The present manufacturing programme consists of five precision turntables and twelve standard pick-up arms which together with special models offer a very wide range of application.SME precision pick-up arms are exported to almost every country of the world and are available through agents supported by direct service from the factory to the customer.

Aluminum arm tube, steel knife-edge bearings. Effective mass12,5g (3009) or 14g (3012). Barrel-shaped main counterweight, different sizes for 3009 and 3012. Main counterweight locked in place using allen bolt. VTF set using outrigger. Outrigger can be split into two pieces to change the range and precision of VTF
(one : up to 2.5g, both : up to 5g). Lateral balance is adjusted by changing the distance of the outrigger from the main counterweight. Antiskating adjustment by thread and weight, long axle with 10 notches.
Shortly after SME went out of production with the Series II tonearms the Improved was introduced.

There were two versions - with fixed or detachable headshell - but the arm was available in 9" length only. The Improved was intended for the use with high-compliant cartridges and had therefore a quite low effective mass.

The differences to the Series II arms are easily recognizeable by looking at the weights.

Since a lot of users found the Improved arms inferior to their predecessors and due to their lightweight construction it turned out to be unsuitable for low-compliant cartridges like Ortofon SPU or Denon DL 103 SME decided to produce a new series of heavier tonearms again (from 1981). 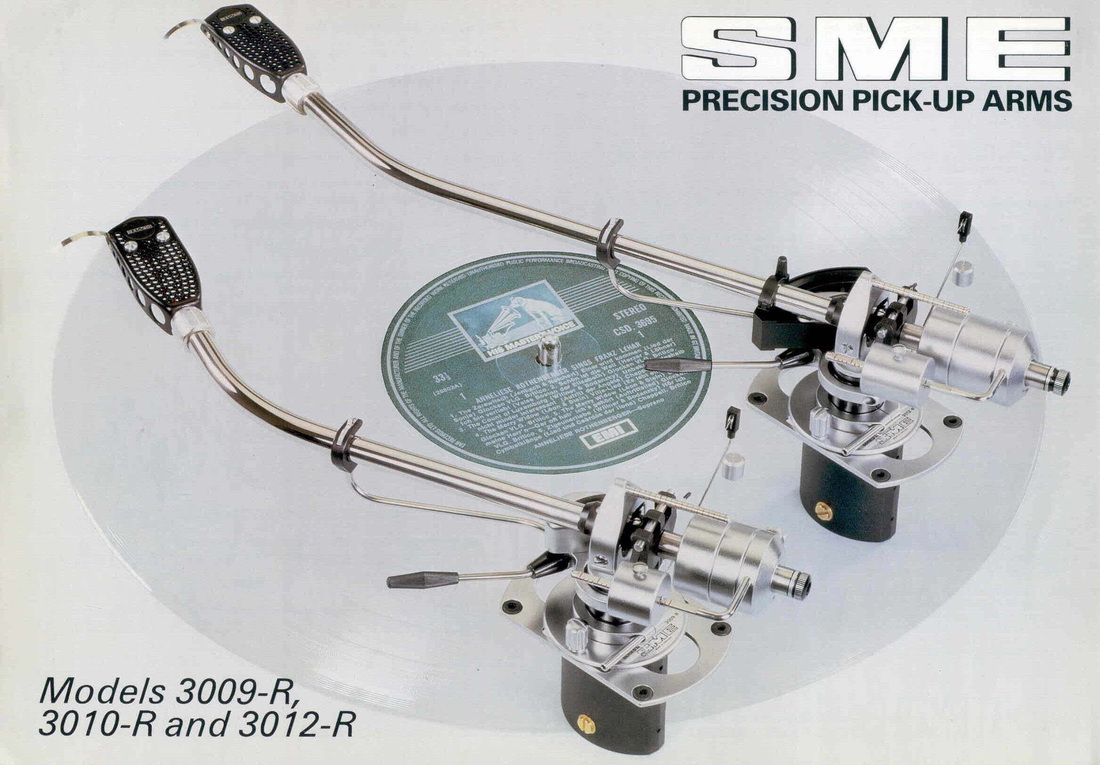 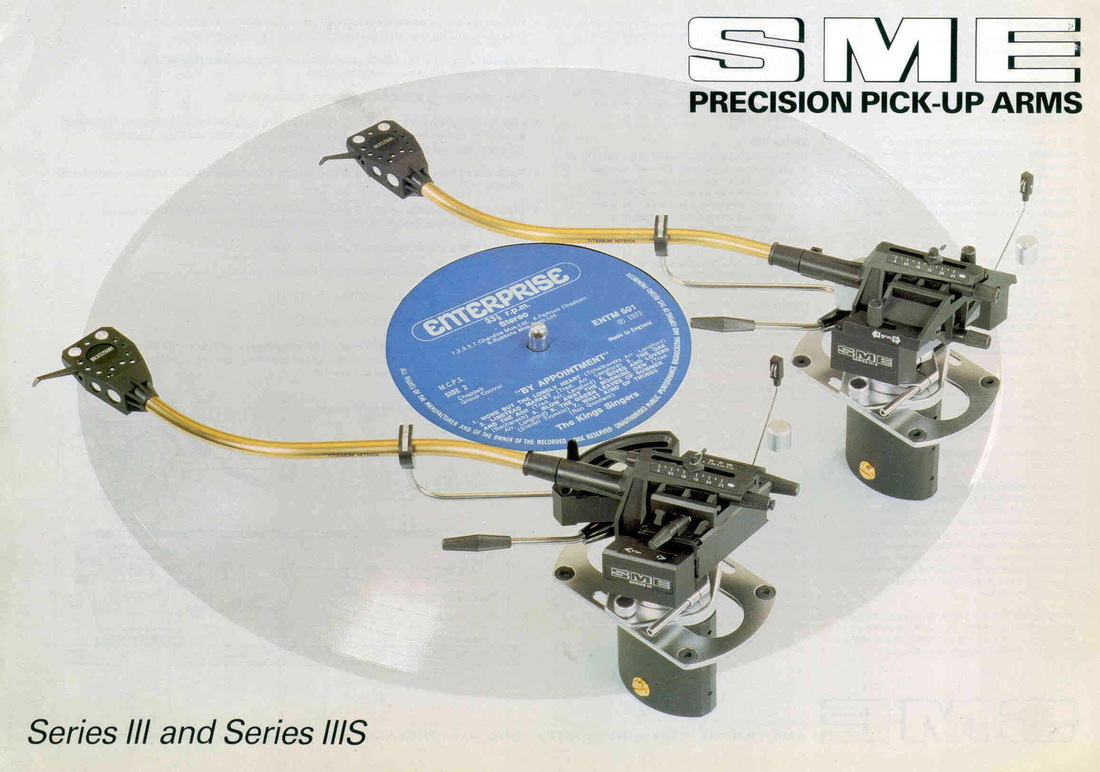 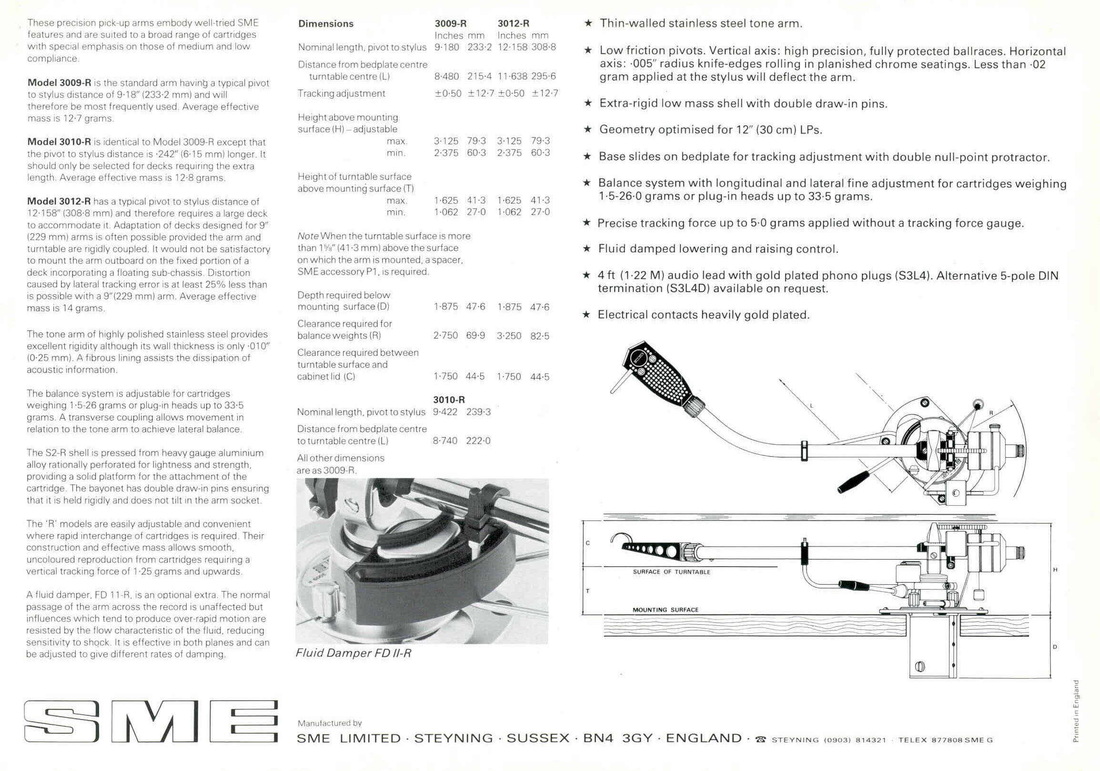 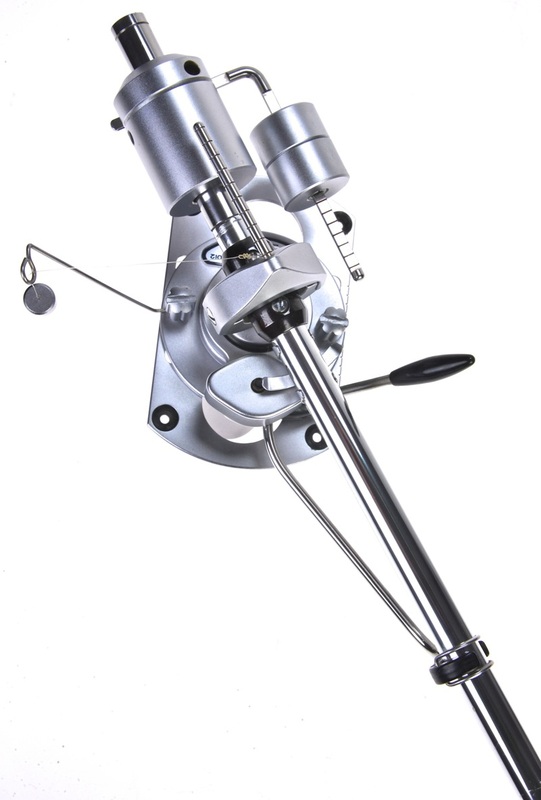 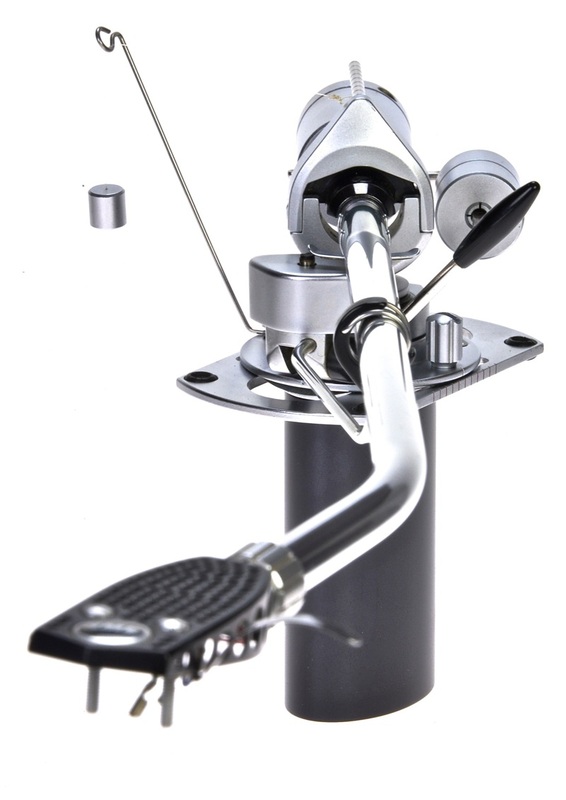 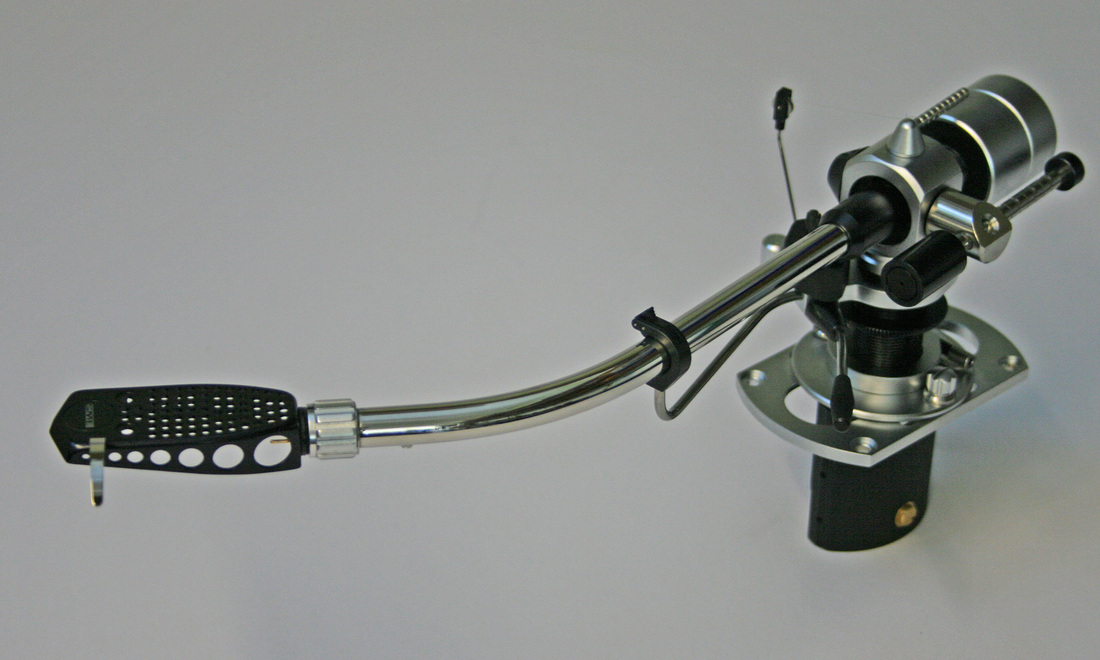 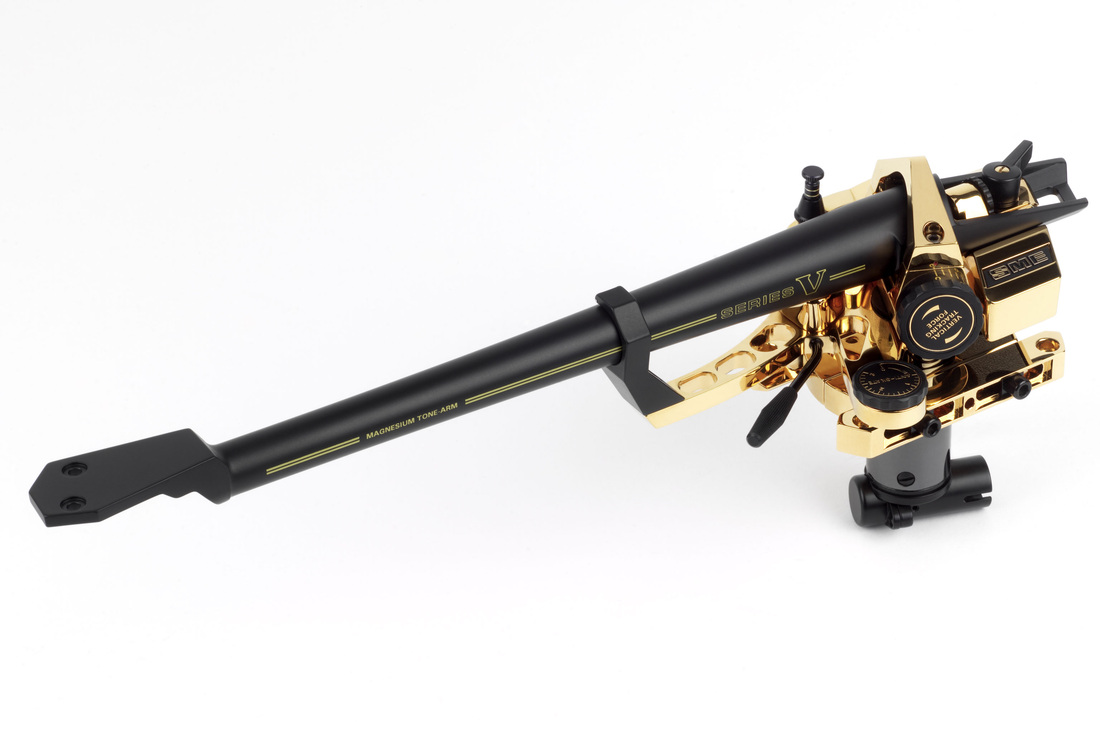 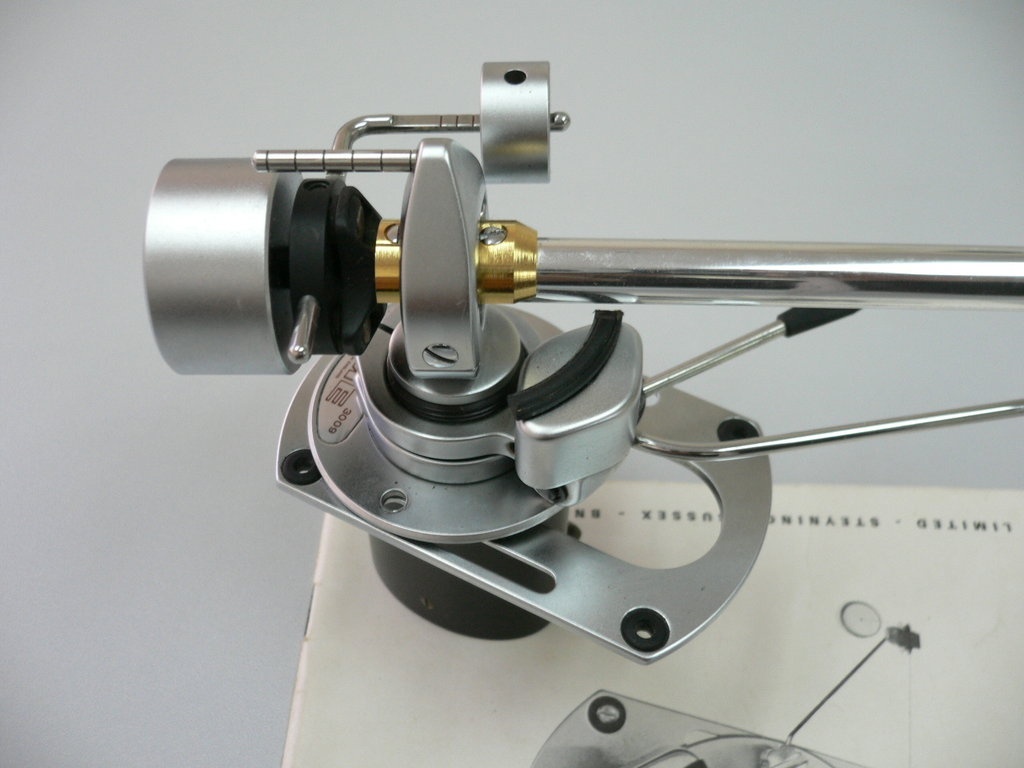 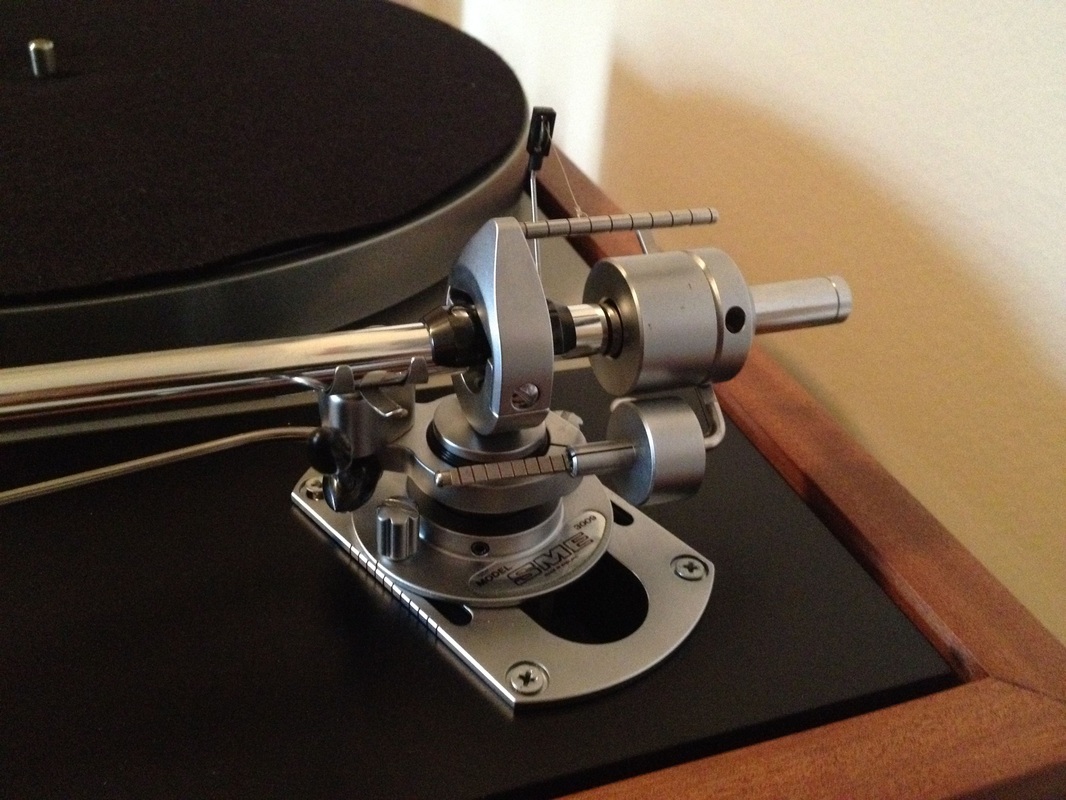 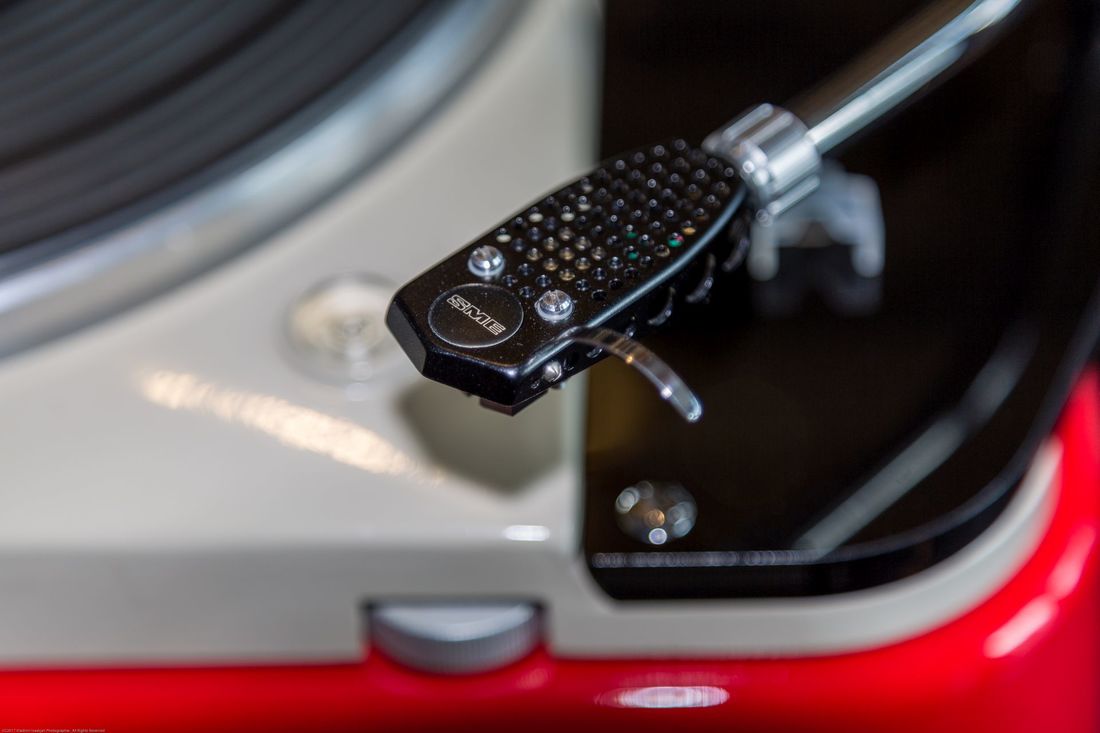